Biochemist Dennis Hill graduated from the University of Houston and did his Graduate Work at Baylor Medical School. Dennis worked as a Cancer Researcher at the MD Anderson Cancer Center in Houston. When Dennis was diagnosed with advanced stage prostate cancer, which had metastasized to other parts of his body, he started researching. Since Dennis has a family history of prostate cancer, and he often witnessed ineffective results while working in cancer research, he felt a new approach was in order. After researching possible alternatives Dennis ran across information about Rick Simpson using cannabis concentrate, which is an extract of the essential oil which is extracted from marijuana and contains cannabinoids. Simpson was using the oil to treat a wide variety of illness, including cancer. The more Dennis researched, the more he understood how cannabis worked on cancer. He has included 2 papers for the review of anyone interested that go into the science of how cannabis kills cancer. He was determined to give it a try, and decided to tell his doctor that he would be using cannabis concentrate alone for his treatment. He did not want to risk more damage to his body from chemo, so he chose to start the cannabis oil regime without any other treatment. Dennis is educated, with a sound background in science, and a background in the cancer industry. He stated that the Cannabis Oil killed the cancer, and he is now cancer free. He never underwent any of the standard treatment ie chemo, or radiation. He maintained a healthy diet, and exercise as part of his healing and after... END_OF_DOCUMENT_TOKEN_TO_BE_REPLACED 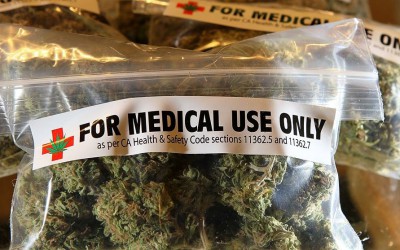 The use of cannabis for medical purposes should not rely on clinical trial results, according to a University of Melbourne academic. Professor David Pennington said a number of upcoming trials in New South Wales presume cannabis can be regulated as a pharmaceutical... END_OF_DOCUMENT_TOKEN_TO_BE_REPLACED

Australian survey results as presented in the most recent paper compiled by the Australian National Council on Drugs, called ..

Medicinal use of cannabis:
Background and Information Paper

END_OF_DOCUMENT_TOKEN_TO_BE_REPLACED 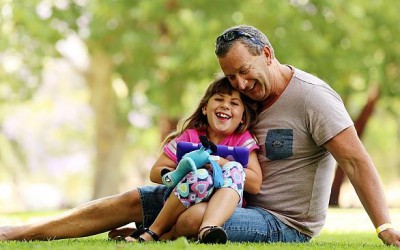 Ten health problems that can be treated with the right variety of cannabis Unfortunately, medical cannabis has no legal status in Australia, so if you wish to enjoy the well-studied benefits of this plant for the treatment of a large number of diseases and conditions, there is no choice but to medicate yourself. In order to do this, you have two options: you may go to a good supplier (illegal courageous private cannabis cultivators) or grow it yourself. In both cases, you should know the differences between the two main species of psychoactive Cannabis – Sativa and Indica- to choose the one that best suits your problem. Indica varieties (medium to high THC content, content in CBD comparatively high), usually have a sedative psychoactive effect along with a feeling of being “stoned”. It relaxes body and mind, reducing muscle tension. These qualities make it more suitable for diseases such as: -Multiple-Sclerosis (it reduces spasms and tremors) -Parkinson’s disease (same) -Arthritis and rheumatism (it fights inflammation and stiffness) -Insomnia (given its relaxing effects) -Anxiety (same) Sativa varieties (medium to high THC content, content in CBD comparatively low) produce a more active and euphoric effect. It is a both physical and mental “high” that tends to stimulate rather than sedate. These varieties are more effective in treating medical problems such as: -Nausea and vomiting caused by chemotherapy or AIDS medication -Loss of appetite (it distends the stomach and stimulates hunger) -Migraine (it reduces or completely eliminates the pain) -Clinical Depression (it produces psychic well-being and a sense of euphoria) -Chronic pain (analgesic properties). For this disorder Indica also works, so hybrid... END_OF_DOCUMENT_TOKEN_TO_BE_REPLACED